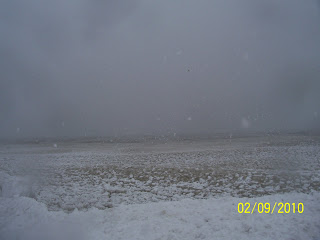 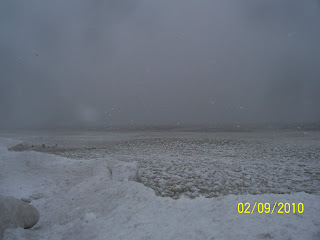 We have had an impressive amount of snow today (not as much as the east coast, but a foot is impressive) and it's also windy. We went down to the beach to see what the Lake was doing. Huge heaving waves that occasionally broke and splashed into the air, which became ice chunks on the way down. The surface of the water looked like a desert that was alive, with the dunes shifting around before your eyes. Through it all, brave gulls were flying and diving. It was very hard to take photos because of the blowing snow on the lens (and in the eyes) and the cold wind that made it hard to be out of gloves for more than a minute. The shoreline ice formations should be amazing this week.
Posted by lakelover at 6:42 PM