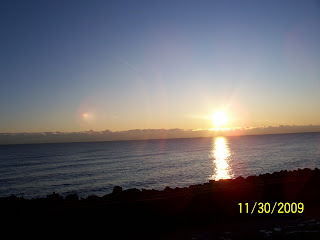 I post that title at risk of being associated with Peruvian Marxists, but what else would you call it?
Posted by lakelover at 2:51 PM No comments: 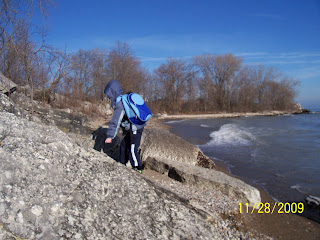 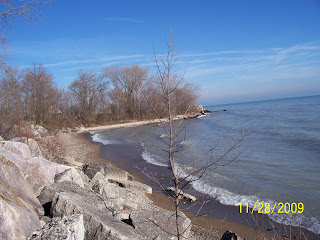 Guest photos from the shoreline just to the south of the usual places where we take the pics.
Posted by lakelover at 9:00 PM No comments: 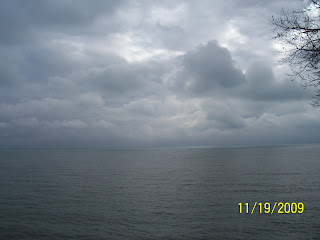 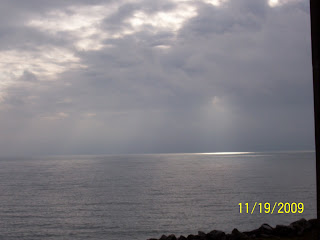 This is the 200th post on Lakemichiblog. Sometimes gloomy days like this one yield great photos.
Posted by lakelover at 10:11 AM No comments: 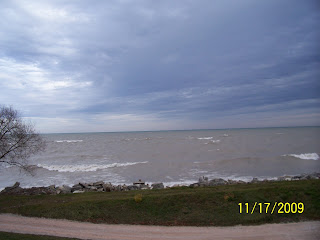 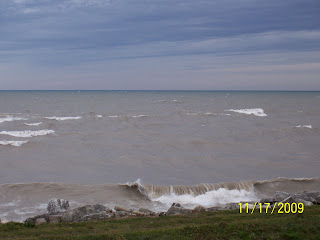 The awesomeness of the waves cannot be fully captured by pictures, but it sure does resemble a big frothy cup of cocoa or latte. Except noisy. Love the blue stripe on the horizon, too.
Posted by lakelover at 12:48 PM No comments: 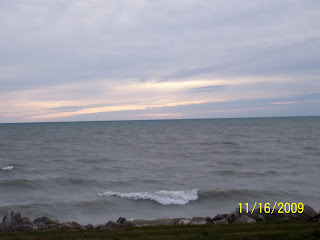 Loud and wavy out there today. But the light was soft at 7:30am.
Posted by lakelover at 11:42 AM No comments:

Office of the Rising Sun 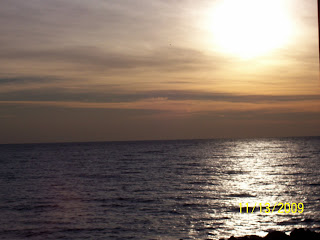 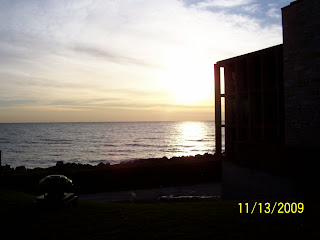 Ruins* of her ice water mansion 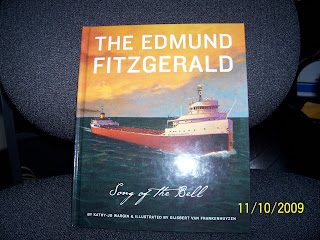 Today is the 34th anniversary of the sinking of the Edmund Fitzgerald. I chronicled it last year in this post. This summer I bought a children's book on the tragedy, pictured above. I read it last night to my 5-year-old, and he begged me to stop before the end, because it made him so sad.

Here's the video of the famous song:

The Wreck of the Edmund
Fitzgerald
by Gordon Lightfoot

The legend lives on from the Chippewa on down
Of the big lake they call Gitche Gumee
The lake, it is said, never gives up her dead
When the skies of November turn gloomy.

With a load of iron ore - 26,000 tons more
Than the Edmund Fitzgerald weighed empty
That good ship and true was a bone to be chewed
When the gales of November came early

The ship was the pride of the American side
Coming back from some mill in Wisconsin
As the big freighters go it was bigger than most
With a crew and the Captain well seasoned.

Concluding some terms with a couple of steel
firms
When they left fully loaded for Cleveland
And later that night when the ships bell rang
Could it be the North Wind they'd been feeling.

The wind in the wires made a tattletale sound
And a wave broke over the railing
And every man knew, as the Captain did, too,
T'was the witch of November come stealing.

When supper time came the old cook came on deck
Saying fellows it's too rough to feed ya
At 7PM a main hatchway caved in
He said fellas it's been good to know ya.

The Captain wired in he had water coming in
And the good ship and crew was in peril
And later that night when his lights went out of
sight
Came the wreck of the Edmund Fitzgerald.

Does anyone know where the love of God goes
When the words turn the minutes to hours
The searchers all say they'd have made Whitefish
Bay
If they'd fifteen more miles behind her.

They might have split up or they might have
capsized
They may have broke deep and took water
And all that remains is the faces and the names
Of the wives and the sons and the daughters.

Lake Huron rolls, Superior sings
In the ruins of her ice water mansion
Old Michigan steams like a young man's dreams,
The islands and bays are for sportsmen.

And farther below Lake Ontario
Takes in what Lake Erie can send her
And the iron boats go as the mariners all know
With the gales of November remembered.

In a musty old hall in Detroit they prayed
In the Maritime Sailors' Cathedral
The church bell chimed, 'til it rang 29 times
For each man on the Edmund Fitzgerald.

The legend lives on from the Chippewa on down
Of the big lake they call Gitche Gumee
Superior, they say, never gives up her dead
When the gales of November come early.
© 1976 Moose Music, Inc. 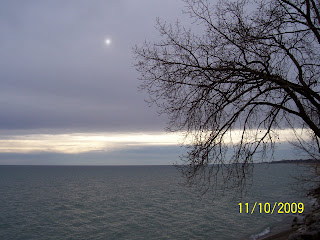 It looks like the moon, but it is really the sun. From this morning.
Posted by lakelover at 1:49 PM No comments: 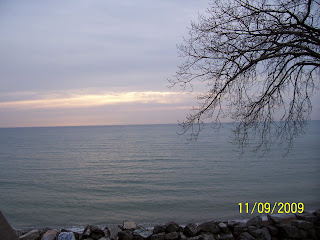 This pic looks oddly like this one, even though it was taken in the early morning and the other one was taken at sunset.
Posted by lakelover at 11:52 AM No comments:

Can You Spot the Difference? 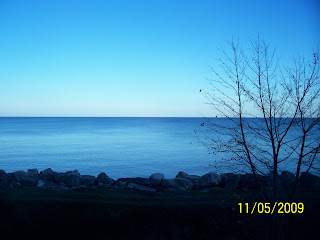 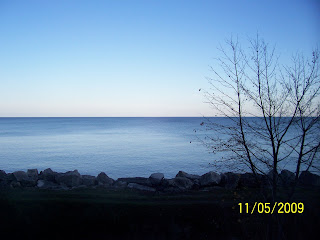 I really do not know why these are so different--taken seconds apart from the same location, but both are so pretty I had to post them. Note also the tree is bare. Winter, here we come!
Posted by lakelover at 3:50 PM No comments: 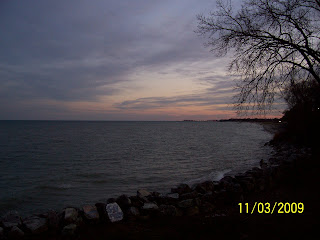 I barely remembered to take a pic before the sun set today, but I am SO glad I did!
Posted by lakelover at 8:03 PM No comments: 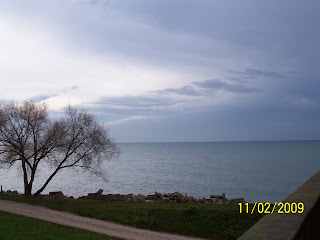 Daylight savings has temporarily foiled my plan to take sunrise photos at 7:30, but there will be some come December. In the meantime, this is a fine-looking tree with a lovely cloudy plume.
Posted by lakelover at 11:43 AM No comments: