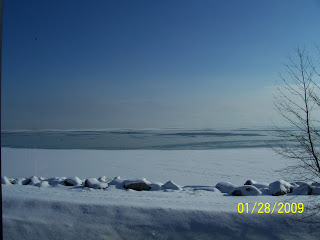 After an early morning dusting with impossibly fluffy snow, the shoreline has been extended! The thin ice is strong enough to support this cottony-soft snow, so it looks like we've got ourselves a solid pack of ice (I keep expecting a polar bear to pop up), but we don't really. 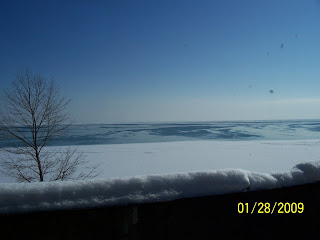 Check out this ledge--that's the impossibly fluffy snow. The whole pile probably weighs about an ounce. If I sneezed it would all disappear. It's snow like this that makes me wish I had another word for snow.

Posted by lakelover at 2:15 PM